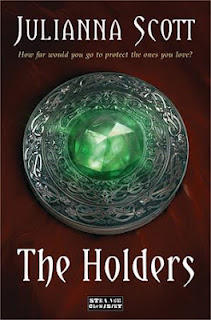 17-year-old Becca has spent her whole life protecting her brother – from their father leaving and from the people who say the voices in his head are unnatural. When two strangers appear with apparent answers to Ryland’s “problem” and details about a school in Ireland where Ryland will not only fit in, but prosper, Becca is up in arms.

She reluctantly agrees to join Ryland on his journey and what they find at St. Brigid’s is a world beyond their imagination. Little by little they piece together information about their family’s heritage and the legend of the Holder race that decrees Ryland is the one they’ve been waiting for—but they are all, especially Becca, in for a surprise that will change what they thought they knew about themselves and their kind.

Simple and pretty cover, I like the contrasting deep colours.. I also think the title is interesting.. what do you guys think of the cover and the book if you've read it or plan to read it?
Posted by Unknown at 11:06 2 comments:

First here are the new lovely jackets for her series! 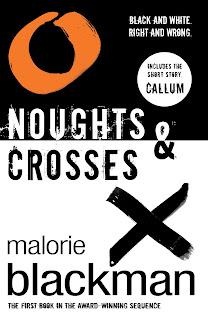 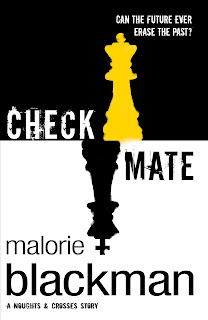 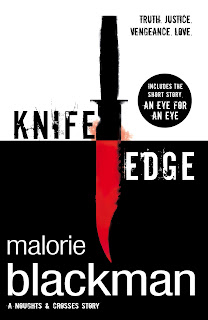 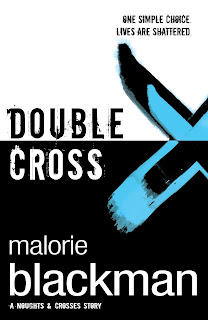 Also here is Malorie herself talking about the lastest addition to the series: Double Cross and it's book trailer! Enjoy!

Have a lovely weekend.
Posted by Unknown at 10:57 No comments: 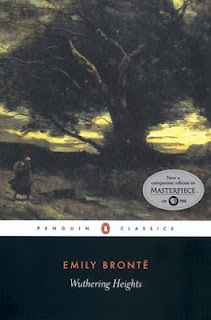 This is the first edition to my set of classic reviews! Wuthering Heights has been the first ever classic novel that I have read and I wasn't disappointed. At first I found it difficult to get into the old fashioned way of speaking but once I got used to it I found I enjoyed that style. Although I've noticed.. they tend to ramble on a little bit in classics, don't you think?

Wutehring Heights story line has actually really grown on me and it's a refreshing change from lovey dovey young adult books, which generally end happily/only deal with minor issues (not that I don't love YA books)... because this book was real, the problems the characters had to over come or live with were real.

Surprisingly I found myself sympathising with Heathcliff, he was just broken hearted, the stable boy who never got the princess; although he did take things too far some of the time.. but isn't that what love does to you? I think it classically portrays how love happens most of the time in the real world, it's not simple, it's complicated, there are secrets and possibly someone else involved, theres that one that got away.

For most of it I liked Catherines character too and her story is very sad, but even after she's gone she stays with the characters for the rest of their time. I didn't dislike Mr Linton either, it wasn't his fault he fell in love with her too. There weren't that many characters I disliked, Linton (the boy) towards the end and the man that looks after the Heights maybe.

The characters lives were very tangled, like they lived alone on the moors away from the rest of the world, and since they were characters who liked to isolate themselves anyway I guess all they needed were each other.

For those who have read the classics I would love to hear your opinion/other you enjoyed, and for those who haven't yet ventured that way, what are you scared of? If you're young.. I'm 17 and I loved it.. give it ago!

Overall I really liked Wuthering Heights and I'm sure it will be read over and over by me during my life.
Posted by Unknown at 11:02 2 comments:

PRESS RELEASE
5th September 2012 Random House Children’s Publishers launches new teen website TotallyRandom
TotallyRandom books, a new website aimed at teen and YA readers, launches today by Random House Children’s Publishers (RHCP). Over the past 3 years RHCP has built an active teen community via Facebook and teen mailing lists and the new site provides a platform to grow this community, connecting readers from some of RHCP’s most successful teen brands including Lauren Kate, Christopher Paolini and Malorie Blackman, and introducing them to up and coming teen and YA authors.
The design and content of the site has been shaped by two surveys run by the Consumer Insight team using the RHCP teen mailing list. From the surveys, RHCP now has a group of over 200 TotallyRandom VIPs who receive exclusive previews. A key element of the site is discoverability – the second survey was entirely focused on how teenagers talk about books. RHCP are using the most popular terms that teens used as signposts across the site which will help users to engage with and discover books relevant to them. The site was designed and built in-house by Simon Wilkes in the group digital team.
The site launches with a feature on Jenny Downham before the forthcoming release of the Now is Good film adaptation of her YA novel, Before I Die.
Suzanne Riley, Digital Marketing Manager, comments ‘The launch of our new TotallyRandom books website gives us a fantastic hub to connect and build our existing teen and YA book-loving communities that already exist on social media. It will allow us to introduce fans of existing YA brands to new authors, as well as featuring exclusive and user-generated content. The design and functionality of TotallyRandom has been shaped by consumer insight work with a teen reader panel, which we hope will lead to strong levels of engagement and discoverability across the site. We are now exploring opportunities to work with partner sites to engage new readers, and we will continue to shape content and features based on regular feedback from our users.’
http://www.totallyrandombooks.co.uk
For further information please contact: Lauren Bennett Tel 020 8231 6439 / Email lbennett@randomhouse.co.uk
Posted by Unknown at 20:09 No comments: